Ephraim trying to be ready for big growth spurt 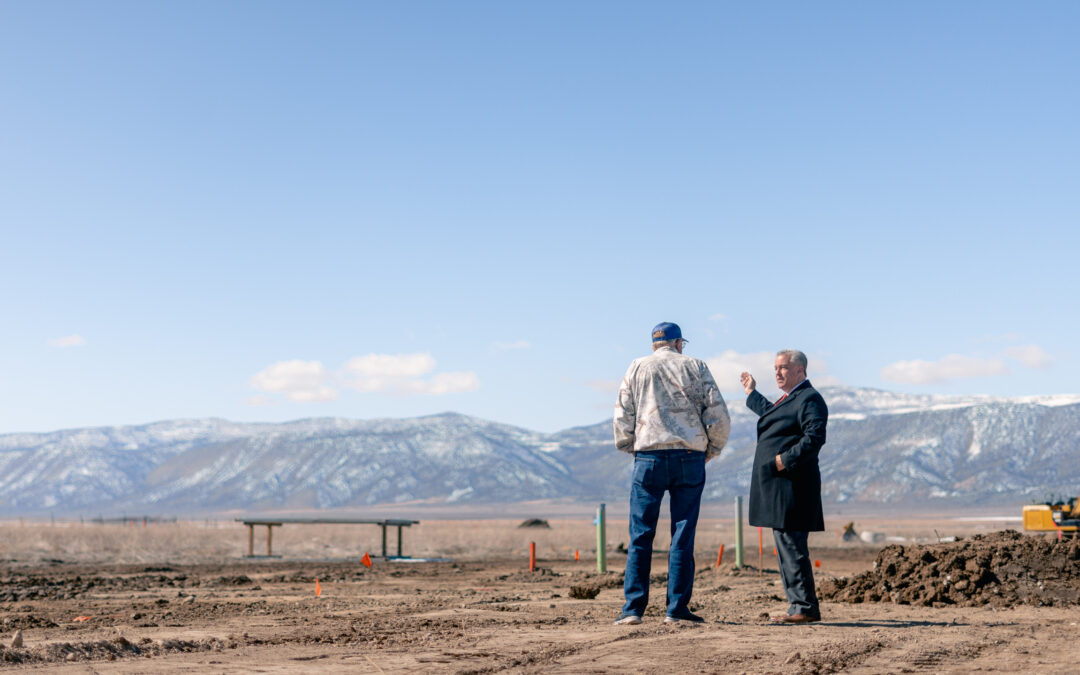 This article was originally published on the Sanpete Messenger

EPHRAIM—Serious growth is coming to Ephraim and the leaders of what is shaping up as Sanpete County’s biggest boom town are doing everything they can to get ready.

City leaders say they want to manage growth in a way that will benefit the community, with the least amount of negative impact.

According to Ephraim City Planner and Community Director Bryan Kimball, studies commissioned by the city project that by 2038, Ephraim will have a population of approximately 18,000 people.

That’s more then three times the size Nephi is now and more than twice the size of Richfield and Price. At that population, Ephraim would be as large as South Ogden, Hurricane, Highland and Brigham City.

Knowing that, Kimball and other city leaders are especially concerned that growth doesn’t exceed the limits of utilities and public facilities.

When it comes to talking about growth and development in Ephraim, the elephant in the room right now is Ephraim Crossing. The project, which could grow to more than 10 acres, is bringing a variety of residential and commercial options to the city, and on an unprecedented scale.

Kimball says the arrangement has a lot of benefits, not the least of which is the level of input and collaboration between the developer and the city, which is allowing the city to help steer the project in a direction that serves the community.

“When the news first broke [about Ephraim Crossing], a lot of people were concerned and thought it was the worst thing for Ephraim,” Kimball told the Messenger. This is a multi-year project that may not be fully completed for 10 years.

It’s growth that we already anticipated through our studies. This growth just happens to all come under one owner instead of piecemeal. I can work with one owner and look at what the city needs. If we see a demographic that has needs, we can prioritize those. I can put all the pieces together and check all the boxes of everything that we think the city needs, and do it all with one owner. And from my perspective that is a great opportunity for the city.”

Kimball says the project is essentially a “master planned community.”

“We have everything from starter homes all the way up to the high-end homes on the hill, and really we want to provide space for all of our demographics,” he says. “We’re covering everything, including affordable housing, which there is a need for. Prices are going crazy now. It’s hard for people to both find a home and afford it.”

The project is bringing commercial development too, which will include buildings for offices, retail locations and restaurants.

On top of that, the developers, Camino Verde Group of Nevada, are trying to create more  opportunity in Ephraim’s industrial sector. Recently, they purchased an 85,297-square-foot industrial building located at 455 W. 100 North.

“It had been used most recently for hay storage, but we planned on significantly improving it for much-needed industrial uses,” said Kevin Romney, partner at Camino Verde Group.

According to Romney, properties of this type are rare in Central Utah, and the group saw it as an opportunity to lease space to manufacturers and construction supply companies. Romney says Camino Verde has already seen some interest.

The space will cost a lot less than comparable space in Salt Lake and Utah counties. “Plus,” he said, “it is ideally located in a central area of Utah that is just 300-600 miles from Las Vegas, Boise, Denver, Los Angeles and Phoenix.”

Mayor John Scott says Ephraim has been pleased with the way Camino Verde Group has been handling its projects.

“They have been responsive to city requests, will have a good mix of housing types for various demographic needs, will clean up the traffic pattern by building new roads that will align with existing roads, and will provide jobs and additional amenities for the community,” Scott said. “Eventually, they hope to bring a grocery store back to Ephraim once the other pieces fill in.”

But Ephraim Crossing isn’t the only game in town. In 2021, the city has approved a number of subdivisions, including 12 lots south of town, 14 lots north of town, 12 lots near Ephraim Canyon and 18 other lots across the city.

Apartments are coming to Ephraim too—at least 117 units. Eighteen units are going in east of Snow College and 12 units behind Utah Heritage Credit Union. Thirty-nine townhomes have been approved on the old motel property on Main Street and 48 units south of campus.

New businesses are popping up, too—the most obvious example being tje large Ace Hardware location going up on Main Street and 400 South. This is despite substantial competition from other similar businesses in Ephraim.

Meanwhile, the city plans to develop an industrial park southwest of town, for which it is currently pursuing grant funding. The funds required to create the park may not be available for several years, but some preparation work could start as early as this year.

The population growth and the development that comes with it could place a strain on the infrastructure, especially water, sewer and power.

In a newsletter to Ephraim residents earlier this year, Scott said, “We have proactively pursued updating our plans for the future, including the recent completion of…master plans for parks, roads, water, sewer, power, emergency services, library and others,” Scott said.

“We are blessed by the efforts of our forebears to have many things in place that improve the lives of our citizens, and are working continuously to protect those resources and continue that legacy into the future,” he said.

With growth happening one way or other, city leaders want it to happen in a way that current and future residents feel good about. City Manager Shaun Kjar says that directive guides much of what the city does in handling growth.

“Ephraim is a great place to live because residents and community leaders of the past have guided pressures well,” he said. “As residents, we know why we like Ephraim. It isn’t surprising that others want to be here too. We are happy that people want to join our community and hope we can guide new growth in a way that benefits current residents and that people 50 years from now will be proud of.

“As staff at Ephraim City, we make recommendations to residents who volunteer on our Planning and Zoning Commission, Utility Board, Recreation Board, Cemetery Board, Airport Board, Library Board and those elected to city council.

“These residents work hard to make decisions that will ultimately create the future of this great community culturally, socially and economically. I’m excited to see how our collective responses to current pressures shape Ephraim, as we know responses to past pressures have brought us to the Ephraim we love today.”